Tom Seaba had some big news at the Utilities Board meeting Tuesday: The pipes were to be switched on Wednesday at 4 a.m., activating the new Wastewater Treatment Plant.

The plant has been under construction for two years, with Moltz Construction always working ahead of schedule. The total cost is about $17 million and the effect is priceless – keeping La Junta in compliance with Environmental Protection Agency standards for discharge into the Arkansas River.

Demolition of parts of the old plant that will no longer be used is still to come, as well as landscaping of the entire area. Every day the new plant is online is a day costly repairs will not have to be made to the old plant, said Klein. 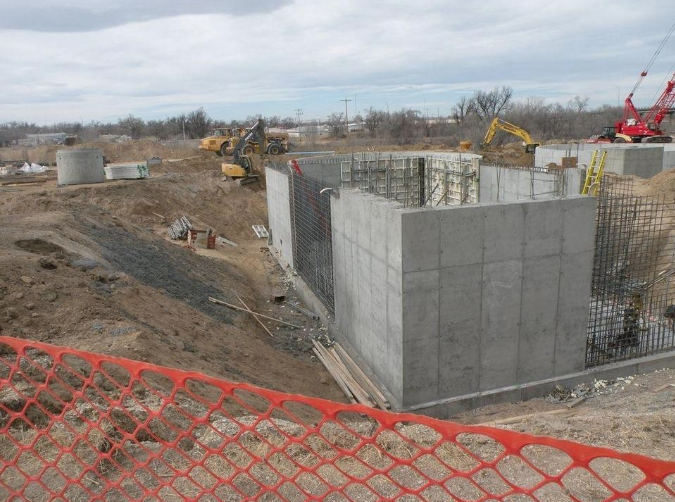 The city manager reported on some other work going on around town.

“This is the biggest week ever for demolitions,” said Klein.

Buildings that have presented years-long hazards were cleared out this week, starting with 1501 Edison, an attraction for curious adolescents going to and from the high school. The house burned down many years ago and has been a blight on the neighborhood ever since.

Next came 218 Dalton, and the old hotel at 122 Carson was slated for Wednesday. The Givens house at 1119 Smithland is next, and 802 Best was added to the list on Tuesday.

Also, the remains of the old hotel next to the site of the new Sonic were demolished by TLM Construction out of Swink this week. The asbestos had been removed from that structure some time ago. All of the debris will eventually go to the landfill at Las Animas, which is designated for hazardous materials. The concrete and metal will be collected and disposed of by the city.

Several reports were given at the meeting.

Gary Cranson will be filing a report on the Arkansas River Power Authority at every meeting from now on.

ARPA met on April 25 with net revenues for the month of March of $218,042. Aaron Ritter presented a report reviewing the bond covenants as required in the official bond statements. ARPA is in compliance. Year-to-date revenues from power sales are better than budget by $134,720.

In addition to information about the Wastewater Treatment Plant, Seaba reported seasonal maintenance on the Reverse Osmosis Plant, continued work on the new water main on Fourth Street (supplying new Sonic), a new hydrant at the same location, and clean, cut and camera work on sewer pipes completed for the spring. All departments will be attending a safety meeting concerning trenching and shoring and several attended training at Colorado Rural Water Association in Pueblo West.

The electric report was given by Line Superintendent Rick Gumke. The conduit is in for Sonic. The crew set a new pole just west of Elm in North La Junta and they are painting the poles downtown. The crew practiced pole top and bucket truck rescue with ARPA members. The department sent two men and two trucks to Lamar to help with some lines west of Lamar.